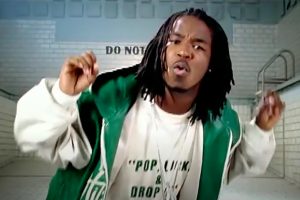 According to a report from Fox 2 St. Louis, the rapper, born Lawrence Franks and known for 2006 hit “Pop, Lock & Drop It” was shot and killed on Thursday night (June 25) in the Kinlosh section of St. Louis. The shooting took place infront of a home in theMissouri neighborhood just before 11p.m.

Huey suffered a gunshot wound and was pronounced dead shortly after arriving at the hospital. He was 32years old.

Another victim of the shooting went to the Ferguson Police Department with a gunshot wound and was taken to the hospital to be treated for his injuries, which are said to be non-life-threatening.

He raps on the popular song.

“Pop, Lock & Drop It,” which became nationally known following its release, appears on the late STL native’s debut album, Notebook Paper. The track was later remixed with T-Pain and Bow Wow. Huey released a new record, “Pulled Away,” back in April.

Investigations into his killing is ongoing.