FA Cup: Chelsea beat Manchester City while Kepa looks good and has been a mainstay from the start

Nana Agradaa and Rev Obofour clashes at a funeral

Drama as Woman takes Her Tithe From Church and Walks Out 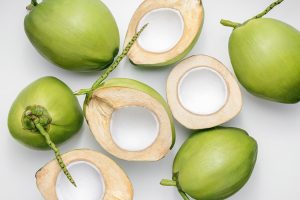 My grandmother always stressed upon the importance of coconut water in one’s life. Dubbed as the ‘Magic Drink, ‘Nature’s Drink’ etc., the health benefits this fruit offers are many.

Read Also:Full List of NPP MPs that have been kick out by delegates

Want to know what they are? Then you shouldn’t miss this post – the coconut water disadvantages!

Disadvantages of Drinking Too Much Coconut Water:

1. It Is Not The Ideal Drink For Athletes

In case you prefer coconut water for rehydration immediately post work out, then you rather drink plain water. Because the amount of sodium plain water contains is unarguably more than that present in coconut water. And hey, it is sodium that aids rehydration, right?

Now that’s something very undesirable, isn’t it? While the rest of the world is sweating out to decrease calories, I don’t think you would want to do something opposite.

Though coconut water doesn’t contain as much sugar as many sports drinks and fruit juices, it does contain a bit too any calories. As little as 11 ounces of coconut water can contain upto 60 calories.

Now, ‘calories’ would be a harmless term only if they are low, right? This is the reason it is not advisable to consume coconut water in excess.

3. Not Good For People Vulnerable To Allergies

Some of us do have allergies. We might be allergic to certain food items and ingredients and hence, we refrain from consuming them. Similarly, coconut water might cause allergic reactions in certain people who are allergic to it.

The high potassium content of coconut water is one reason it is a wonder drink. But then, the very same reason can make coconut water fatal if consumed in excess.

In a specific case, a man had spent an entire day playing tennis in 90 degree Fahrenheit weather. He happened to consume a whopping 88 ounces of coconut water, which resulted in a condition called hyperkalemia, eventually leading to a serious condition.

Hyperkalemia causes weakness and lightheadedness, and within minutes the victim might lose his consciousness.